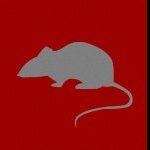 By viktor_pvolman, January 21, 2020 in Declassified